why you need a break: stowe anniversary edition

Disclaimer: I worked with The Stoweflake to bring you this post, however, all opinions are my own!

I’m finally sitting down to write this post, coming off one of the craziest weeks in our life. Erik recently had an emergency surgery and hospital stay. He is home now and recovering well, but the craziness of the last few days was not lost on any of us, Ollie especially. He had an understandably hard time with everything. Like the rest of us, he needed a break.

you need a break

Food allergy parents for sure need a break from time to time. They probably need a break far more than they get. For us, the break finally came in the form of our fifth-anniversary celebration. I’m kind of ashamed to admit it took us that long, but such is life. When we first started making anniversary plans, big trips were discussed: flying somewhere, a long weekend on the beach. In the end, I realized I’d honestly just be stressed with something like that. Too far, too much money, too much time away. We settled on a long weekend in Stowe.

Like the good deal lover I am, I scoured sites for deals and reviews in an effort to find the best place for us. When I saw The Stoweflake pop up on the Champlain Valley Auction, I was thrilled. We scored a room for half the price. I use this site to help with other times we need a break as well. I love stocking up on affordable restaurant gift cards so we can have a guilt-free date night from time to time.

With the location set, I went to work on the rest. Guess what this was? Next to nothing. I reached out to Stoweflake about a spa treatment (see disclosure above) and that was it. As a food allergy parent, I’m always planning. Will there by food at the event? Did we bring enough of our own food? When planning our anniversary getaway, I did not want to plan. We, in fact, went so far in the opposite direction we didn’t check the weather and failed to pack raincoats and other proper attire. We took the need for a break and relaxation to a whole new level. 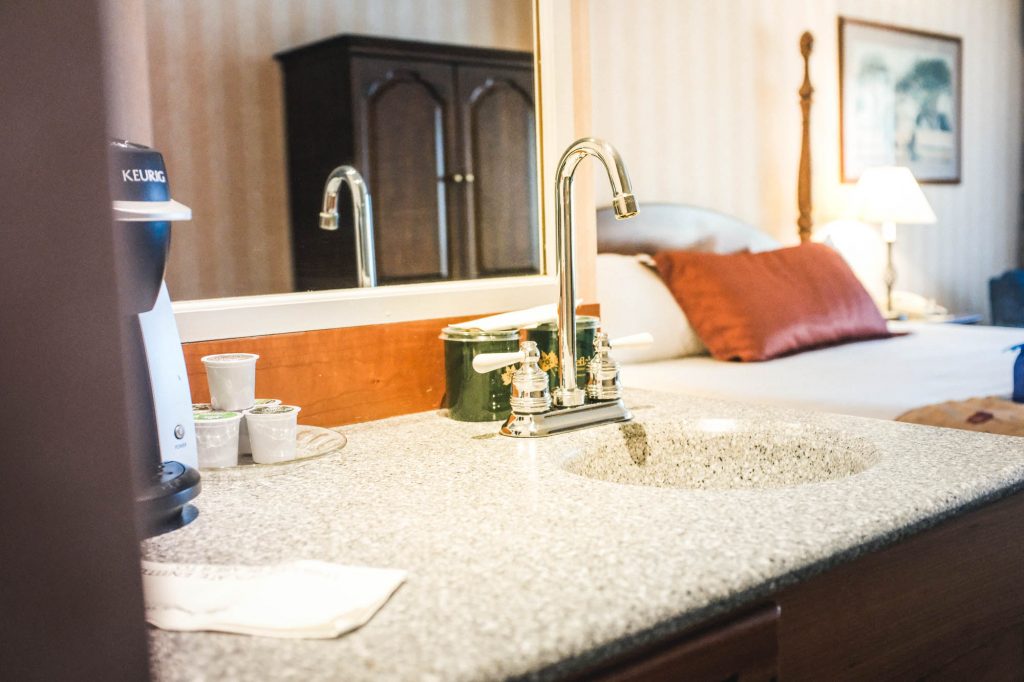 We dropped Ollie off at daycare and started with breakfast close to home at Jericho Cafe and Tavern. From there, we slowly made our way up to Stowe. Like any parent, we spent the start of our anniversary trip shopping for our child. I spotted Burton sale signs so we scoured a few stores to find a great deal on new winter gear for our non-stop growing child.

After visiting The Alchemist, we decided to stop by Stoweflake to see if our room was ready early. We were pleasantly surprised it was. They were even able to extend our check out to better accommodate our morning massage. Amazing! There are few things that irk me more than poor customer service. Stoweflake delivered with the opposite. We headed off to our room. It was simple and relaxing. Just what we needed!

Somehow, the theme of our weekend became food. Slightly ironic as I’m writing this to tell you about how food allergy parents need a break. In a way, that’s what it was. A break from handwashing, label reading, and packing. We ended up canceling one of our meals because we had so much food. Stowe does not lack absolutely amazing food and drink. We visited:

The von Trapp Bierhall: Oddly enough, the most amazing grilled veggies we’ve ever had.

The Bench: Their ravioli was to die for.

Stowe Cinema: Way back when, Erik and I actually met working at a movie theater. This seemed like a very fitting, rainy day, anniversary activity. Also, you can drink in the theater!

Thanks to our amazing wedding party, we also tasted some of what Stoweflake had to offer. They had chocolate covered strawberries and Citizen Cider sent to our room. They almost brought me to tears! OK, I may have been a bit buzzed, but it was just so sweet and thoughtful. As a food allergy parent, life is busy. We sometimes don’t attend events because of food safety concerns. At times, it feels like we’ve totally lost touch with some of our best friends. This felt a little bit like everyone recognizing we still care and are there for each other, even if the texts, calls, and visits don’t happen as much as we wish they would. 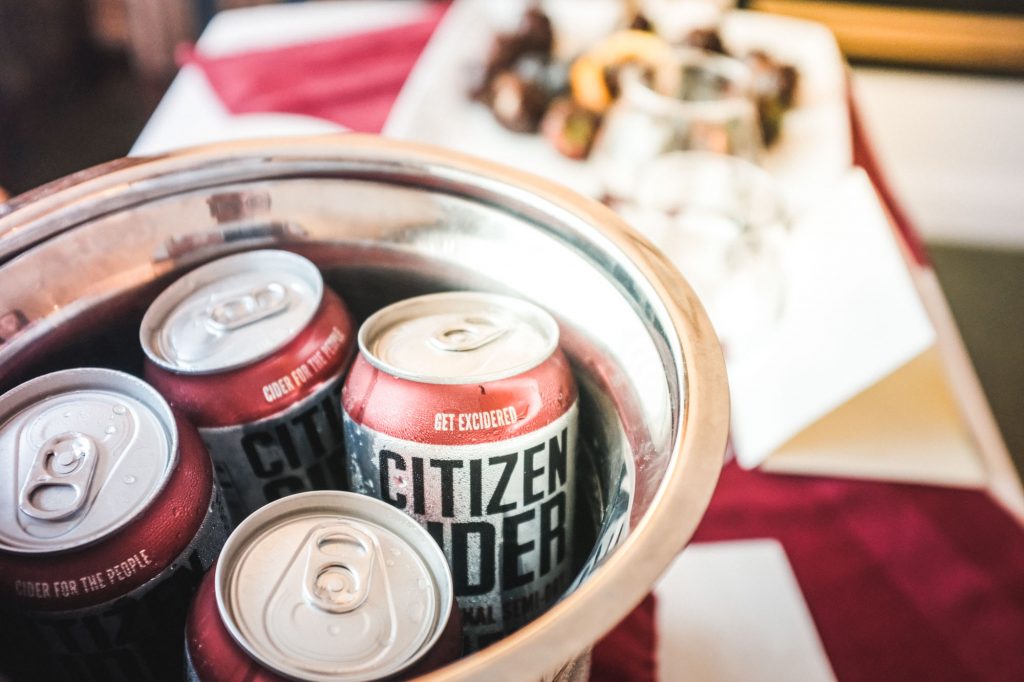 This was the cherry on top of everything. We woke up Saturday, walked to get coffee (we originally planned to get a big breakfast but couldn’t bring ourselves to eat that much), and headed to the spa. It was so serene. I’ve actually only had three other massages in my life, and one of them was at Stoweflake. Erik and I went off to our separate lounges to get ready and then were reunited right before.

The actual massage was fantastic. A few hurt so good moments, but so blissful and so much less back pain after. When it was over, we spent almost an hour soaking in their various pools. Before this though, we checked the ingredients of all the oils used during our massage. We wanted to see whether or not we needed to shower off before going to pick Ollie up. The staff at Stoweflake retrieved the giant oil box and even searched out some bottles online to make sure we knew exactly what was in the shampoo and body wash we were cleaning off with as well.

I, unfortunately, don’t have any photos of the actual spa. It was too perfect and relaxing. My phone was locked away and I didn’t want to disrupt other guests. Erik and I spent a long time sitting in the aqua solarium deciding which waterfall felt best (hint, it’s all of them). We spent the recommended amount of time in the Hungarian Mineral Soaking Pool and then decided to head home.

The weekend was nothing groundbreaking at all. We ate, drank, and relaxed. We planned to go on a hike but the weather did not allow. We got that break we really needed and deserved. I really hope that it doesn’t take us five years to do it again! I’m not going to lie and say that we’ll do one every year. I also don’t want to pressure you into taking a break. I know plenty of people who take “couple trips” far more and some who take them far less. Find what works for you and try not to forget, you surely do need a break sometimes. Head to the Stoweflake and eat and massage your way to total relaxation!

Now, where should we go next (whenever that may be)?